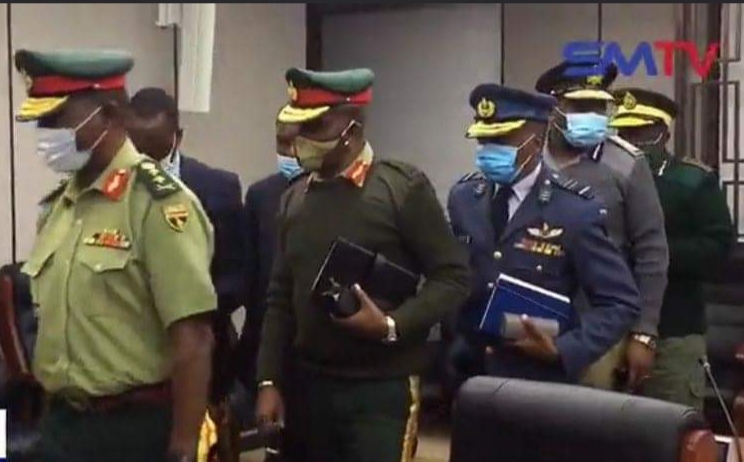 Gogo Ndunge’s bee attack on soldiers in Kuwadzana 4 has prompted the Zimbabwe National Army (ZNA) to respond intimating they have not yet received reports from the stung soldiers.

In an interview with a local online publication, ZNA Spokesperson Lieutenant Colonel Elphios Makotore dismissed the reports circulating on social media platforms claiming that some soldiers were attacked by swarms of bees in Kuwadzana over the weekend, as unconfirmed.

Information Ministry spokesperson Nick Mangwana also confirmed the reports soldiers were attacked by a swarm of bees has not been brought before his attention.

Speaking to ZimReport Lieutenant Colonel Makotore said the Zimbabwe Defence Forces had not received any reports of soldiers who were attacked by bees.

He also indicated that no soldiers were admitted in their military hospitals nursing bee stings.

Lieutenant Colonel Makotore’s response comes after social media was awash with unverified reports that some soldiers who were enforcing the Covid-19 lockdown regulations in Kuwadzana were attacked by bees.

According to an audio recording circulating on WhatsApp, the soldiers were attacked by bees at Kuwadzana 4 shopping centre.

The lady who narrated the incident said that soldiers and police officers were dispersing people who were selling their wares at Kuwadzana 4.

The lady said the bees had gathered below a vendor’s cart and the soldiers were taking people’s wares and loading them into the cart.

The lady says the bees were sent by a lady who had lost firewood to the soldiers. She called the old woman Gogo Ndunge which was a nickname given to her because she is suspected of using black magic.

Chief Charumbira still in scorn of court, 3 years on

Their wedding cancelled, Lebo M and fiancée Mel Ntsala break up after cheating with his ex-wife