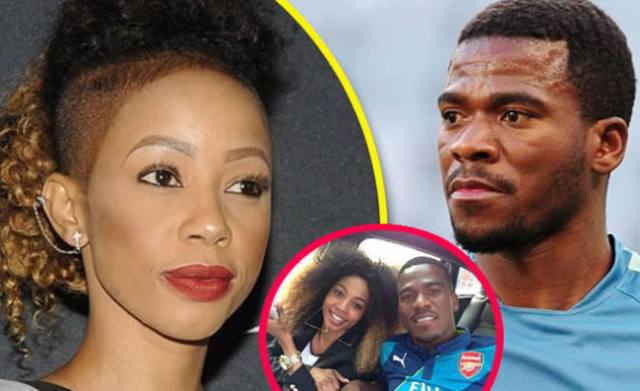 Controversial actress and songbird Kelly Khumalo has pulled another shocker: She this time blames Orlando Pirates and Bafana Bafana goalkeeper Senzo Meyiwa‘s family for making Mzansi turn and crucify her for a crime she did not commit.

In an interview on Ezemidlalo Ukhozi FM, Kelly Khumalo shared that it had been almost 6 years since her boyfriend, Senzo had died but it feels like yesterday. My world was torn apart when he died, I never thought something like this would ever happen to me. It was a sudden death, which left me with a wound that won’t heal anytime soon,” she said, crying.

0n October 2014 news of Meyiwa’s death shocked the nation. Meyiwa was shot and died at Khumalo’s family home in Vosloorus. Almost 6 years later his killers have still not been arrested.

Since his death, his family had accused Kelly Khumalo for not telling the police the truth about who killed Meyiwa, This lead the country to be divided and confused. Some people believed that Kelly and the other people present at the time Senzo was shot were hiding the truth.

However, according to Kelly Khumalo, She blames the Meyiwa family, saying they were driving South Africans to hate and crucify her for sins she did not commit.

“They hate that they have projected at me, unfortunately, has spread around [and made] everyone believe I had a hand in Senzo’s death,”

She said they were madly in love and there was no way she would have contributed to his death.

“Is it my fault that Senzo loved me?”

Before Meyiwa took his last breath, she was on her knees begging and praying to God not to take her baby daddy away and spare his life.

“My daughter Thingo was young at the time and I did not want her to grow without her father.”

The songstress and mother of two described Senzo as a hands-on and loving father, who wanted the best for her and their daughter Thingo.

“I don’t need us to sit and talk as a family, Thingo is a Khumalo, She is six and asks questions. She wants to know about her father, I don’t want to bombard her with a lot of information. For now all she knows is that her father is in heaven.”

She also revealed that the Meyiwa’s had failed to pay damages or any money towards Thingo’s upkeep hence her daughter will remain a Khumalo and her surname will not be changed to Meyiwa.

“From day one the Meyiwa Family did not like me as Senzo’s girlfriend and they had made up their minds that I contributed to his death. For a log time they did everything to ruin my reputation; they called me names. This is evident when you look for me on google.”
She said its too late to make peace between the two families because the damage has already been done.

Kelly has lost hope in the justice system and feels it had failed her, even though she gave the investigating officers everything they needed at the time.

“This was not my first encounter with the justice system. I was almost beaten to death several years ago and I remember when I went to open a case the police officer told me to go back and iron issues with my then boyfriend,” she said.

“It was so sad that when your husband dies, in our country, s a woman, you are always the number one suspect”.
“As a family we re not sure how safe we are. To this day I am still amazed that the police have failed to arrest the suspects when there were fingerprints and one of the intruders had left his hat, This is concrete evidence that would have led the police to trace the culprits,” she said.

Meyiwa’s older brother, Sfiso told Citypress that he was touched by Kelly khumalo’s interview. ” I now understand Kelly’s pain and we will do our best to reach out to her again”. He said the reason they did not accept Kelly at the time was because Senzo was as still married to Mandisa [Mkhize].

“As a family we are willing to reach out to Kelly once more and pay for the damages and also do what is right for the sake of Thingo. After all she has Senzo’s blood,” He said.

“When people realised Kelly was not welcome in the family, they took advantage of that and started saying nasty things about her, Now as the older brother, it is my responsibility to do what is right for Thingo.