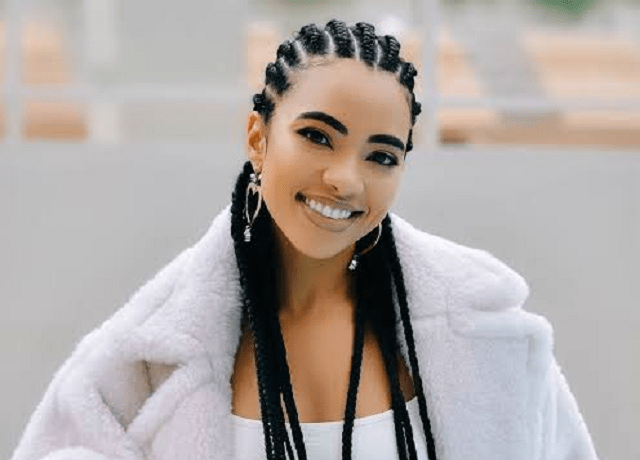 Amanda du-Pont (born 26 June 1988) is a Swazi-born South African actress, model and television host has revealed how Jub Jub once r_ped her and she decided to forgive him.

Du-Pont is known for her portrayal of Senna in the CW drama series Life is Wild and Sharon in the SABC 3 comedy-drama Taryn & Sharon.

Currently, she stars as Ashley in the Netflix thriller series Shadow. She is well known for acting on a South African soapie called Skeem Saam as Nompumelelo ‘Lelo’ Mthiyane. Jub-Jub R_aped Amanda.

The actress opened up about being r_ped after she and Jub-Jub had broken up. Amanda revealed all this on the SABC 1 celebrity gossip show The Real Goboza. She used to be a co-host on this very same show.

“He started r_ping me. I’d refuse to have s_x as I was tired or didn’t feel like it, but he’d force himself on me”, she said.

She added: “By then I was falling out of love with him, but still didn’t have the guts to leave. R_pe in a relationship is horrible. You don’t understand that person who claims to love you can violate you like that.”

This affected her psychologically and emotionally. However, the actress revealed that she has moved on with her life as she has found love in the arms of another man.