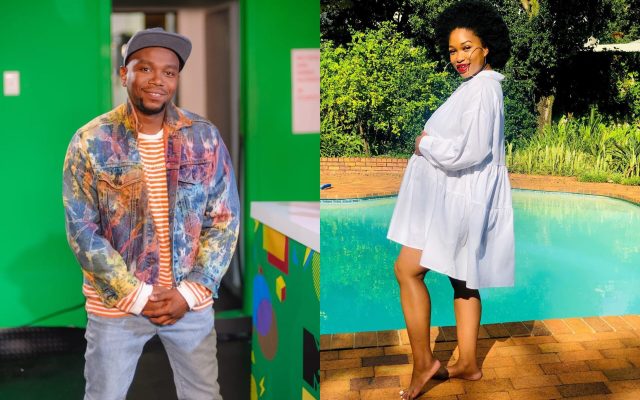 Actress Zola Nombona’s much-guarded secret is finally out. After much speculation about who her baby daddy could be, it’s said it’s non-other than fellow actor Thomas Gumede.

The actress, who plays Monde on Mzansi Magic’s prison series Lockdown, took to her social media pages early this year to announce her pregnancy.

Although many people were happy for her, the actress neglected to name the father of her unborn child.

This week, Thomas took to his social media pages and answered the big question by posting Zola’s pregnancy scan, which has her name and surname on it.

The Abomama producer expressed undying love for his unborn baby.

Sources close to the situation said the couple was over the moon and beaming with pride.

According to sources, the two have been dating for just over a year.

A close source said Thomas has even asked his uncles to start preparing for ilobolo negotiations.

The informant said the media-shy couple met on set through a mutual friend.

“Since then, they decided to keep their relationship under the media radar.

Thomas has been in the industry longer and has seen relationships come and go,” said the second mole.

“He doesn’t want to repeat the same mistakes as his industry mates, who used to flaunt their relationships and ended badly in front of the media.”

Another source said Thomas has proposed and is even inspired to work harder for his young family.

“They’re madly in love and share a lot in common besides their love for arts and culture,” said the source.

A third source said the couple has moved in together.

“Thomas’s family has been nothing but helpful toward Zola. They love her because she’s respectful.”

Both Zola and Thomas were not available for comment. A lady, who answered Zola’s phone and identified herself as her sister Unathi, said Zola and Thomas left their phones at home and had gone for a doctor’s appointment.