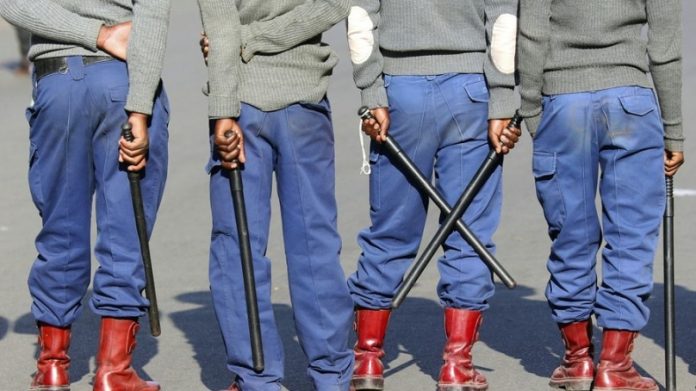 The Zimbabwe Republic Police (ZRP) and Ministry of Home Affairs have been ordered by the High Court to pay ZW$400 000 as compensation to a man who was tortured in 2021 for allegedly violating curfew regulations.

The 46-year-old Edcock Dube of Chitungwiza, was arrested February 25, 2021 while on his way home from work by a police officer only identified as Chafunga.

He was detained at St Mary’s Police Station, where he was severely assaulted with a truncheon on his head and hands by Chafunga while handcuffed to a pole.

Dube got injured and ended up nursing a fractured finger and sustained injuries to his eye and thereby limiting his eyesight.

He then sued ZRP and the parent ministry demanding ZW$1 million for unlawful arrest, torture and embarrassment he endured at the hands of police officers, who included Chafunga.

Dube was offered legal assistance by the Zimbabwe Lawyers for Human Rights (ZLHR) and won the case although not the exact quantum he had demanded.

“He was then assisted by Tinashe Chinopfukutwa of Zimbabwe Lawyers for Human Rights, who on 29 April 2021, helped him to sue Honourable Kazembe, (Police Commissioner General Godwin) Matanga and Chafunga for damages at Chitungwiza Civil Magistrates Court.

“After presiding over the trial of Honourable Kazembe, Matanga and Chafunga, Chitungwiza Provincial Magistrate Sheunesu Matova recently ordered the trio to pay ZWL400 000 in damages to Dube after holding them liable for the violation of the Chitungwiza resident’s fundamental rights,” ZLHR said in a statement.