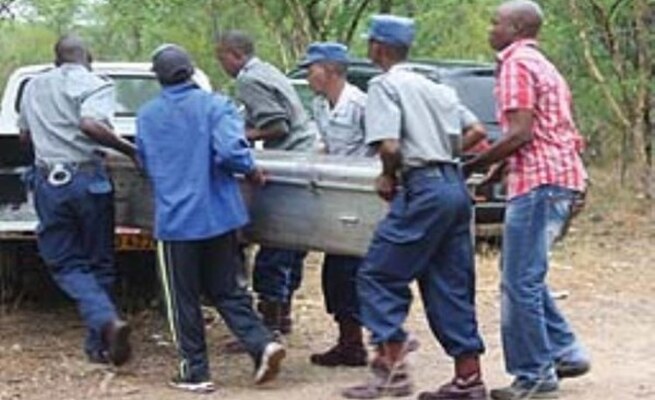 THE mutilated decomposing body believed to be that of a missing Bulawayo man was found near Manada Dam in Solusi on Sunday.

The deceased who has since been identified as 23-year-old Thembinkosi Sishoma from Pumula suburb who was reportedly studying for an Environmental Science degree at NUST.

Relatives who spoke to CITE on condition of anonymity said the deceased who was driving a blue Honda Fit registration number AEE 4969, was hired by two men to ferry their goods to Roseburn near Solusi on December 1.

“He was hired on 1 December around 4 along Ntemba Road by some men. It is alleged that two men approached him and presented themselves as Omalayitsha who had had a break down and wanted him to ferry their goods to Roseburn along Solusi Road,” said the close relative.

“He never came back and we started looking for him around the areas along Tsholotsho. When we got in the areas around Chefunye, people said they had spotted the car fuelling.

The relative said they searched for him in Nyamandlovu, Tsholotsho proceeded to Ndolwane in Plumtree.

“Fortunately or unfortunately, yesterday we got a call from Figtree police who informed us to come to Manada dam which belongs to ZINWA along Solusi road, where a body had been discovered. We don’t know whether they killed him there or they just buried him there. He was buried in a shallow grave and covered it with some shrubs,” he said.

“We think he was dug up by wild animals which dragged it for about two metres from the shallow grave. A local herd body discovered the body yesterday and made a report.”

The vehicle has not been recovered.

Matabeleland South acting police spokesperson Inspector Loveness Mangena said she was still waiting for a report as the police were still conducting investigations.-cite