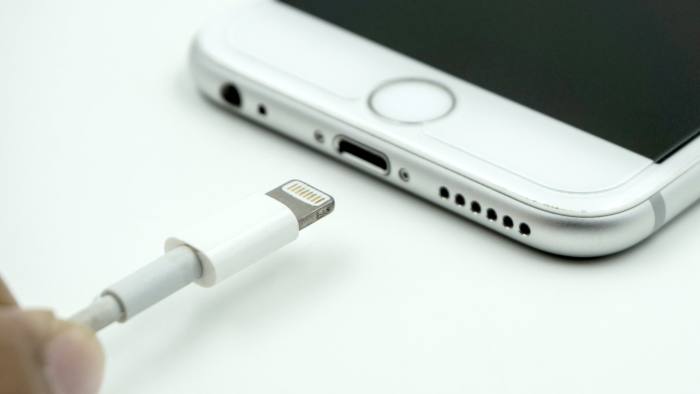 Tired of low-battery warnings? We explain how to squeeze more hours out of a charge and increase battery life.

The first step is to identify which apps are using more than their fair share of battery power. This isn’t hard to do: if you’re using an iPhone, open Settings, tap Battery and scroll down to Battery Usage. In Android, go to Settings, Battery. On both systems, you’ll see a list of apps, ranked in descending order according to how much power they use.

There’s a good chance that one or two apps will be consuming the lion’s share of energy – Facebook, WhatsApp and Google Play services are notorious offenders. You may be able to slash this by disabling features such as location services, or limiting the app’s data access when running in the background. You can even uninstall or disable the most power-hungry apps and switch to more efficient alternatives. There’s no reason why you need to stick with the default apps: both Android and iOS use internal libraries for photos and music, so third-party alternatives usually provide all the same core functions.

One of the biggest drains on your phone’s battery is the screen, so reducing the brightness can make a big difference. Swipe up from the bottom of the screen on an iPhone to access the relevant controls, or drag down from the top on an Android phone. If you prefer, you can set your Android device to adjust the brightness automatically by switching on Adaptive Brightness in Settings | Display. On an iPhone, open Settings | Display & Brightness | Auto-Brightness.

You can also reduce the length of time your screen stays on before automatically switching off. While it can be annoying to have your screen dim or shut down when you’re reading, you can keep it active by occasionally tapping it or slightly scrolling. On iOS, you’ll find this option by tapping Auto-lock on the Display & Brightness screen. You can set this to as little as 30 seconds to get the greatest benefit. On Android, open Settings, then tap Display followed by Sleep, and choose 15 seconds.

If your phone has an AMOLED screen, you can also switch your wallpaper from a colourful photo to plain black, which reduces power consumption by minimising the number of pixels that need to be lit up.

You might assume that closing background apps would save battery power – but experts believe otherwise. Google even says on its support pages that “swiping apps closed doesn’t save battery. You don’t need to close apps unless something goes wrong.” The logic is that background apps are so tightly power-managed that it takes more energy to relaunch them each time you want to use them.

However, you may see a significant improvement in battery life if you turn off rarely used connections and background services. Swipe down on Android, or up on iOS, to access the controls for Bluetooth and Wi-Fi. Disabling these reduces battery drain, so get into the habit of turning off Bluetooth when you’re not using a hands-free kit. Make sure you also turn off tethering so you’re not broadcasting an outgoing Wi-Fi network for others to connect to. If you’re going to be incommunicado for a while, switch to Flight or Aeroplane mode, which disables radio connections altogether.

Another measure is to reduce the amount of background activity that goes on. Set your email application to check for new messages every hour instead of every five minutes. On an iPhone, turning off Background App Refresh in Settings makes a significant difference to your power consumption, because it disables an app’s ability to download data when you’re not using it.

Both Android and iOS have low-power modes, which reduce the frequency at which apps update, shut down non-essential services and extend battery life. On the iPhone, this kicks in automatically when your battery level falls to 20%, and switches off again when you charge it to above 80%. To activate it manually, open Settings | Battery and tap the switch next to Low Power mode. On Android, swipe down from the top of the screen, tap Battery, then the three-dots icon and turn on “Battery saver”. You can set Android’s battery saver to turn on automatically at either 15% or 5%.

Disabling notifications is a great way to squeeze just a little longer out of that charge. In addition to being annoying, unnecessary notifications cause your phone to vibrate and can light up your screen, draining your phone’s battery even while it idles. To turn your notifications off on either an Android or an iPhone, open up Notifications from the Settings menu. Select the apps you want to disable notifications for and slide the Allow Notifications switch to ‘Off.”

If you’re planning a journey, you can save a huge amount of battery power by downloading maps over your home network before you leave, rather than streaming them over a 4G connection. Similarly, download music and podcasts in advance to listen to offline, and set your photos to sync to the server only when your phone’s connected to Wi-Fi.

Even if you prefer to keep your mobile connection on all the time, it makes sense to disable it when you’re in an area where reception is poor or non-existent. If you don’t, your phone will automatically ramp up the power as it searches for weak signals. Switching to Flight or Aeroplane mode prevents it from doing this.

Battery technology has advanced significantly in the past few years, and the lithium-ion cells used in modern mobiles don’t suffer from the “memory effect” that plagued older batteries. This means you don’t need to worry about completely discharging and fully charging your phone every time you plug it in.

With lithium-ion, the advice is to keep the battery topped up where possible, and only rarely allow it to go through a full charging cycle (where you take it to 100%, run it flat and then fully charge it again). This is because lithium-ion cells have a finite lifespan that’s determined by the number of cycles they go through. The more cycles a cell goes through, the more its total capacity degrades. A cycle doesn’t need to be completed all at once. In Apple’s words, “you might use 75% of your battery’s capacity one day, then recharge it fully overnight. If you use 25% the next day, you will have discharged a total of 100% in the two days, which will add up to one charge cycle”.

If you’re like us, you may prefer to keep your phone’s ringer switched off, and rely on discrete vibration instead. However, this uses a motor, which can sap more energy than simply using the speaker. If you really want to keep your battery usage to a minimum, switch back to the default ringer and turn off any backup vibration. You might also choose to disable haptic feedback, which makes the phone buzz briefly to indicate that a hidden function has been activated, such as the context-sensitive menus that pop up when you press extra hard on some iOS elements.

Unfortunately, there’s no single trick to magically restore your phone’s battery life to its performance when it was new, but a combination of the measures we’ve discussed in this feature should help you get through the day. Even so, if you’re planning a long journey and will be away from a socket, an external battery can be very useful. The trick here is to buy one that’s the right size for your needs. Capacities are rated in milliamp-hours (mAh). To work out what this means in practice, compare this figure with the mAh capacity of your phone’s internal battery. For example, the iPhone 7 uses a 1,960mAh cell, so a 10,000mAh external battery holds about five charges’ worth of energy. Don’t forget that the charging process is nowhere near 100% efficient – you could expect to get three or four charges before you’d need to refill the external battery.