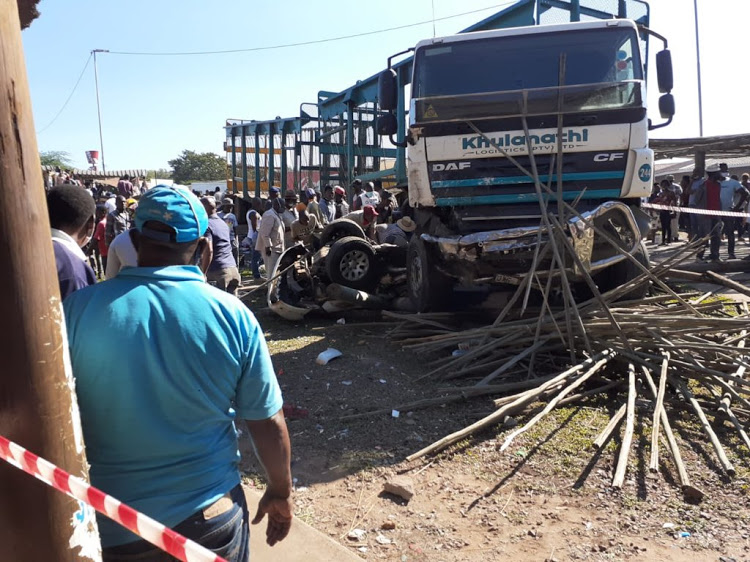 Eight people have been killed and 32 others injured after a crash involving 10 vehicles including a truck occured in Jozini, north of KwaZulu-Natal on Wednesday. The crash occurred shortly after midday when a truck collided into nine other vehicles.

Robert Mckenzie, spokesperson for the KZN Emergency Medical Service said paramedics from the public and private sector worked together to treat the injured victims, many of whom sustained serious and critical injuries. The exact circumstances of the crash are already being investigated by the police and are not known at this stage,” he said.

Police accident scene investigators were at the scene and probing the cause of the crash. Pictures on social media and those sent through by paramedics at the scene told of the disaster that unfolded.

The crumpled remains of a car can be seen under the truck while onlookers gathered around. Also involved was a minibus taxi that appeared to have extensive damage to its front. It was not known at the time of publishing if there were any passengers in the taxi when the crash occurred.

Police confirmed that eight people had been reported dead so far. Captain Nqobile Gwala said: “A total of eight people died at the scene and others were rushed to hospital for medical attention”.

According to Statistics SA, the Jozini Local Municipality is under Umkhanyakude District Municipality, located in the north eastern part of Kwazulu Natal. The municipality shares a border with Swaziland to the west and Mozambique to the north.

Villagers Leaving In Fear After A Crocodile Found In Their House