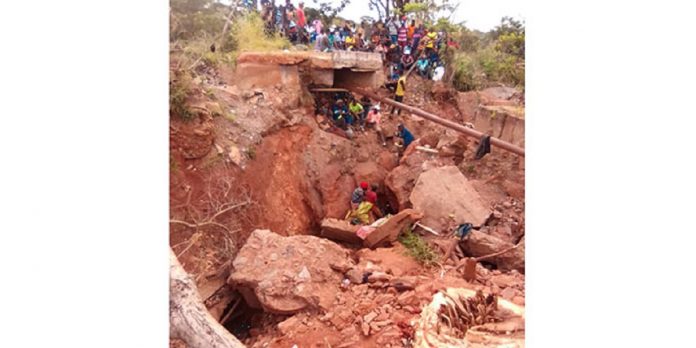 The development was confirmed by the government’s chief mining engineer, Mr Michael Munodawafa, following the retrieval of two dead bodies yesterday. He said:

“We have managed to retrieve two bodies this (yesterday) evening and one survivor. The survivor was trapped by the leg and is in hospital.”

“We managed to retrieve all the trapped artisanal miners. Three bodies were taken to the mortuary and the survivor was taken to Chegutu District Hospital. Operations have since been stopped.”

The rescued miner, who sustained injuries on one of his legs, was rushed to Chegutu District Hospital where he is said to be in a stable condition while the three bodies were also taken to the same hospital’s mortuary.

The five miners were trapped around 4 am on Thursday when a shaft they were working in collapsed before one managed to escape and look for help.

The rescue operation was manually conducted by other artisanal miners with guidance from the Ministry of Mines.

CPU is reported to have opted for manual retrieval of the trapped miners as the ground was shaky, making it difficult for machinery to be used.

Jaji’s message comes when the number of miners who are being buried alive across the country is continuously growing.