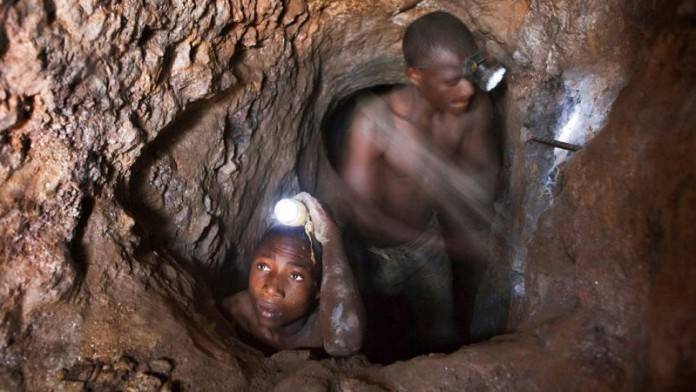 Two unlicensed gold miners are feared dead after a mine shaft they were working in collapsed on Tuesday morning in Shamva.

The accident occurred at Lumbo18 Zuze Syndicate Mine.

“Two men Serima Luckson and another one who is yet to be identified are believed to have been trapped and buried in a collapsed mine in Shamva in a mishap that occurred on February 24 at around 0300hrs. The two men were seen entering the mine three hours earlier by a security guard,” Asst Comm Nyathi said.

He said efforts are underway to retrieve the bodies from the 15-metre-deep shaft.

“The shaft which is about 15 meters deep collapsed and the two were trapped. Police and officials from the Ministries of Mines and Mining Development are carrying out efforts to retrieve the bodies of the two.”

Cases of miners being trapped in mine shafts have been on the increase with many of them affecting illegal gold miners. Earlier this month, two illegal miners died and two others were injured, while more than 20 others were trapped underground after a tunnel at Globe and Phoenix Mine in Kwekwe collapsed.

It also emerged that Globe and Phoenix Mine had ceased operations in 2007 following an Environmental Impact Assessment (EIA), which showed the shafts, most of which were right underneath Kwekwe central business district (CBD) were posing danger to the city.

Two months ago, about four miners at Esikhoveni Mine in Esigodini, Matabeleland South Province, died after a movable cabin they were working in collapsed and fell into a 62-metre mine shaft.

Earlier last year about twenty-three illegal miners died when interlinked shafts and tunnels at two mines in Battlefields were flooded after the collapse of a dam wall due to heavy rains received in the area.

The dam wall reportedly collapsed and flooded shafts at the RioZim-owned Cricket Mine and another one owned by a Mr Baxter.

The two mines have three linked shafts said to be 30 metres deep with 20 metre-wide tunnels. The incident was declared a national disaster.