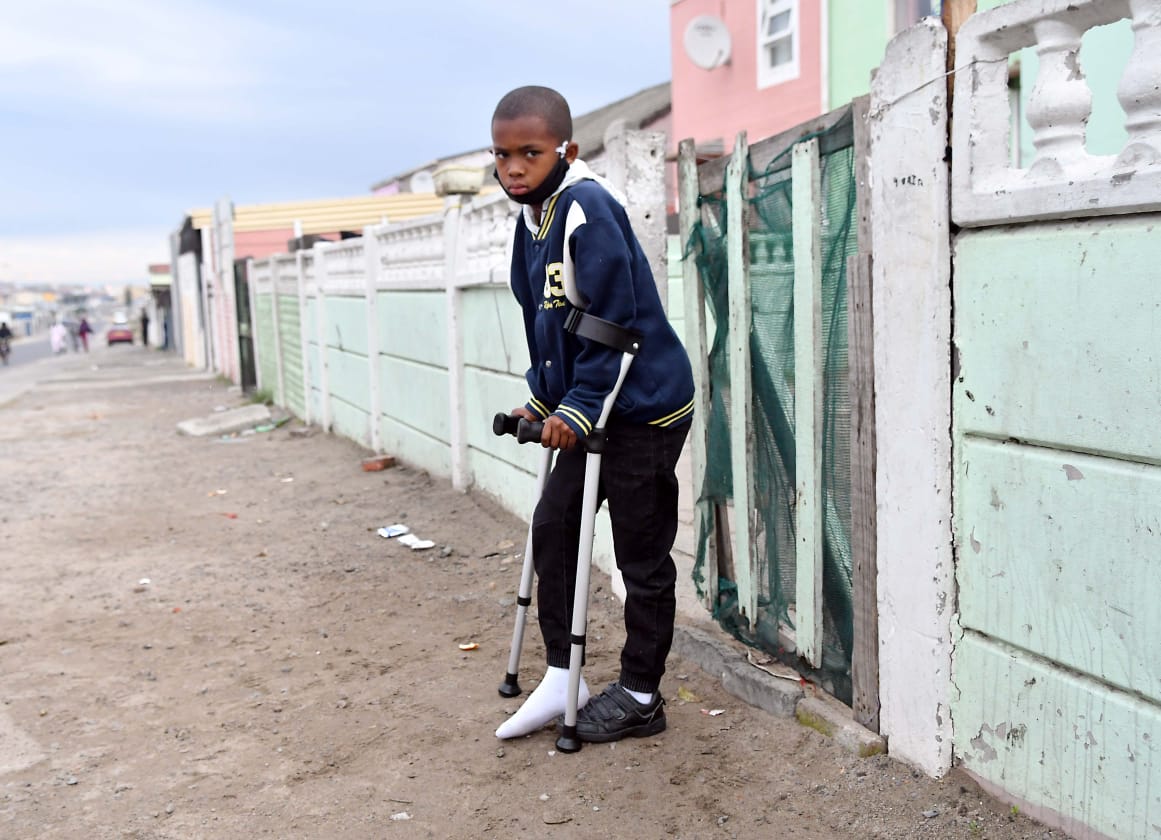 A 10-year-old boy from Tafelsig is lucky to be alive after being caught in the crossfire of rival gangs on Monday night.

The traumatized mother of Franco Visagie, 10, says she was forced to drag her child to safety as bullets started flying in Waaihoek Street on Monday shortly after 6 pm.

Mom Sonia, 33, says her son was playing with his friends in the front yard of their home when he was struck in the thigh by a stray bullet.

“He was actually in Retreat for the past two weeks by his aunty’s house and came home a day ago because the gangsters were shooting there and we were so worried,” she says.

“We just wanted him home safe and then he gets shot here.

“All the children were playing in front and when the shots rang out, I went and he was screaming and I dragged him into the Wendy house.”

She says as the Grade 3 pupil from Mitchell Heights Primary School screamed in pain, they removed his jeans and found that the bullet had gone right through his thigh.

“The ambulance took him to Mitchells Plain Day Hospital, but we were so happy when the X-rays came back clear,” says Sonia.

“They said he would be OK and didn’t need surgery. They closed the wound and gave him crutches. I was so stressed, drinking suiker water. He is very lucky.”

She says when cops arrived on the scene, the boy had been taken away by the ambulance.

“The circumstances surrounding this incident are under investigation with no arrests yet,” she says.